Find reality before reality finds you

This post is voice dictated because I still haven't recovered the use of my right hand. Significantly, had to cancel ice climbing and the California Matterhorn expedition for this holiday season.


I've realized that my devastating shoulder injury was just reality catching up with me  before I managed to recognize its face.

And that I should have recognized the face long before now. 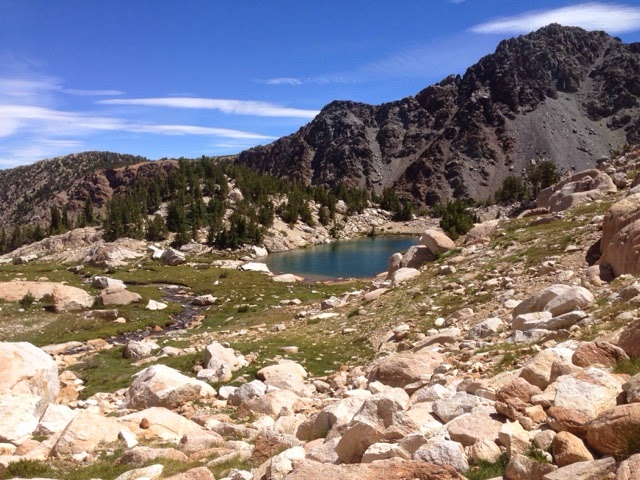 Up until all of this I always had the image that I charged the hardest, I charged fastest, I fell down. I got up and played hurt and was always the first up the mountain ... and that that would always be the case.

In the last few years of mountaineering in the Sierras I've always been competitive and I was never going to let some of those twentysomethings beat me to the top.

Most times that didn't happen. By the time they got up to the top I had already staked out the best campsite had my tent set up and was warming up an MRE.

Reality was there of course, I just didn't want to recognize the face.

But the reality is what lurks within.

Playing hurt, ignoring your doctor, pushing through like you have to sometimes .... Sometimes sucking it up and making it through prevents worst things from happening like you or people dying.

But it doesn't matter how good your victory or how noble your intentions are because the scar tissue you can't see is aging a whole lot faster than anything else you can see on the outside. That reality is your weak link, the key foundation stone that has managed to crumble.

And it's going to get you.

I've had enough opportunities to recognize my reality over the last 20 years. This shoulder which was ripped by a huge separation wrestling in college, has been bothering me for a very long time.

Not bothering me enough to stop, just enough for me to take notice and think okay pal I'm playing through the pain one more time.

That has happened sailing when pulling in sheets and lines that left pain that I quickly overlooked the next time we took the boat out.

Reality stalked me every time I took I head-rattling mountain bike accident.

Hell, up until about 10 years ago, I was riding an original, vintage, Specialized rock hopper with no shocks ... not front not rear. I did upgrade to the hardtail Rockhopper but only after a spectacular accident up above Alpine Meadows in  which I was going downhill way too fast lost control and went airborne for quite some ways. That did not do my shoulder any good either

My biggest warning came actually just last fall. I was climbing a boulder field near the California Matterhorn. It was damn near straight up-and-down granite boulders the size of a Prius, sharp just about ruined a new pair of boots. Actually, I should not have been there, but I wanted to be the first man on the mountain that morning.

I had not done my homework. I was up there by myself like I usually was. Had I been smart enough to be the second or the third or the 14th guy up the mountain I would've found there was a path to the left of the treacherous boulder field that would've gotten me up to the top in half the time that it took me to realize I has been climbing way too long in the wrong direction.  I has gotten so tired that I needed to turn back while I could still safely descend.

By the time I got back to base camp my right shoulder felt like somebody had been beating on it with a ball peen hammer.

No pictures of the boulder field, no time to lose concentration no desire to remember it, really

Nothing new about that. I ate dinner, went to sleep, next morning got up, packed, and hiked out.

And so it took a stupid lapse in attention and judgment while running, to take the  spectacular airborne 12 point landing fall that would rip the shit out of everything and show me the face of the reality I needed to see.

The reality is I'm not stopping. I'm not giving up.

I'm getting stronger every day thanks to my body and God's will but I'm not giving up.
I'm going back to the mountain but I'm going back smarter, with a sense of reality that The image I'm carrying and my head is no longer that of the immortal 25-year-old man that I still saw myself as even after I passed age 65.

That had been nothing more than a delusion.  Had I been willing to see, and accept, that reality  I might have consulted my surgeon before I managed the utter devastation that ended up inside.

It would have been much easier to fix less painful to heal, more certain to return to its original function.

But the friends who know me the most realize that I'm way too frequently too hardheaded for the facts to penetrate as they should.

Shit happens. It happens to all of us. But if you watch every step maybe doesn't do maximum damage.
Posted by Lewis Perdue at 3:56 PM