In Part 1 (Goodbye Spot, (Hello InReach Explorer+) Part 1) I explained why I use a GPS tracker and why -- after years of using a Spot device -- I punted on that particular device.

Spot could do four things:
However, the Garmin InReach Explorer+ offers the following 10 capabilities, some of which have multiple features. From a strict operational capability standpoint, The Explorer+ is far, far more useful and valuable.


In one single unit, you get two-way SMS text messaging... 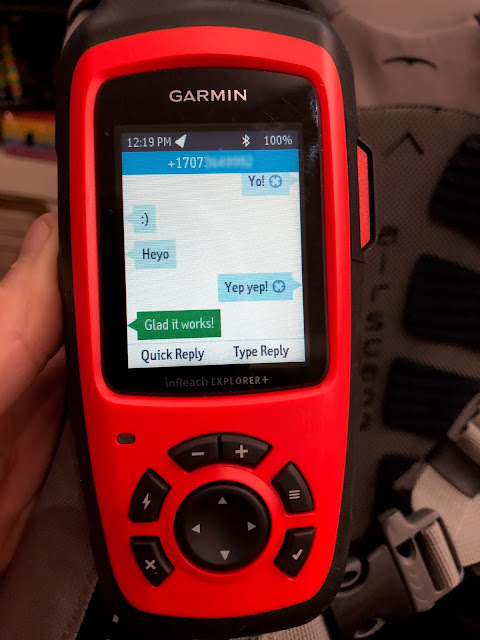 ....a fully functional GPS unit with a set of built-in 24K scale US maps & Canada, and maps of Mexico at lower resolution.

The SOS feature is interactive and allows communication with search and rescue. 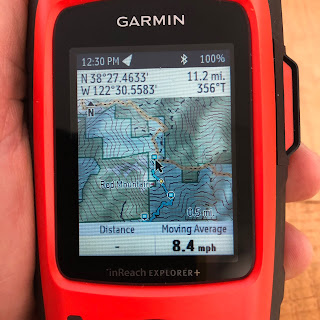 In addition, the unit comes with the free Earthmate app that pairs with your mobile phone to allow easier access on a larger touch screen to all the Explorer+ features. 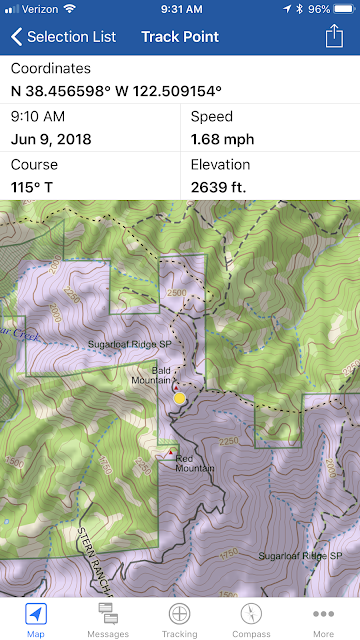 The maps on the Earthmate app are okay, and a great improvement over the Garmin GPS displays that were state of the art back in 2012 when I wrote this article: iPhone & Topo Maps App Offer Freedom From Garmin Oppression.

However, the Earthmate app maps still are not as clear and usable as the Topo Maps App in that 2012 article (image below). I plan to continue using that app as well as carrying a physical map and compass ... just in case. 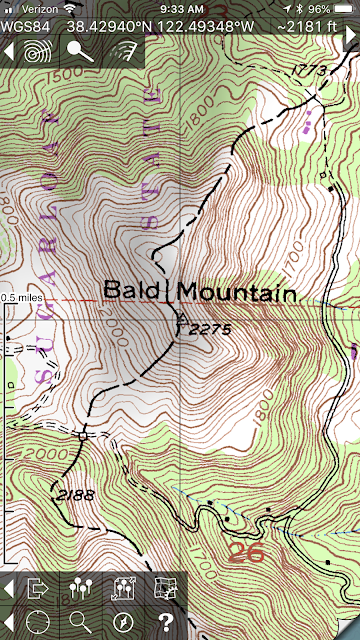 Navigating the Explorer+ is not via touch screen, but by use of the arrow dial and other controls. The screen Explorer+ screen is the size of a large postage stamp: about 1-5/16" wide as can be seen in the next image where I have over-laid a transparent ruler on the screen. 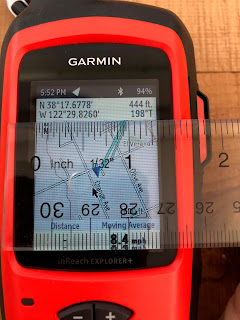 There are a variety of plans which can be accessed at this link (prices for U.S. users).

The Freedom plans allow you to suspend billing for months that you do not use it. Those plans, however, are more expensive on a monthly basis.

I chose the Recreation plan which will cost me $299.40/year and completely believe that the additional capabilities from the Explorer+ are well worth the extra $8.33/month. 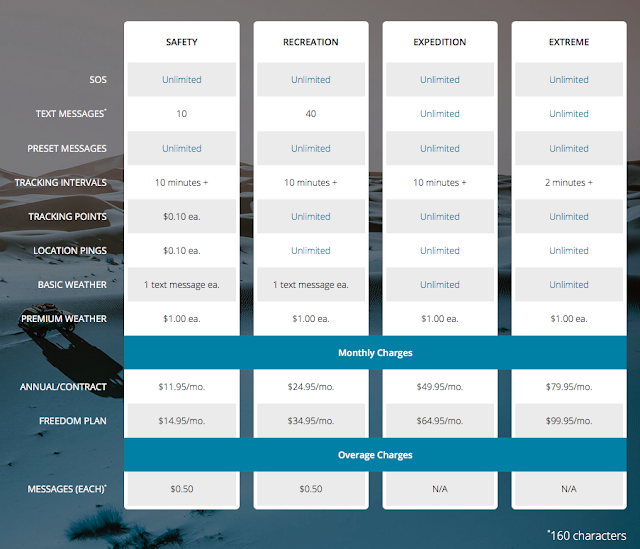